The launch of the unique epos book

The Slav Epic After One Hundred Years

After one hundred years, Mucha’s Epic returns to the place where people admired it for the first time. A hundred years ago Alphonse Mucha unveiled the first canvas of his monumental cycle at the Clementinum - images of his work were, once again, presented in the Clementinum, but this time, in digital form. The extraordinary book, simply named ‘epos’, has seen its inaugural launch. 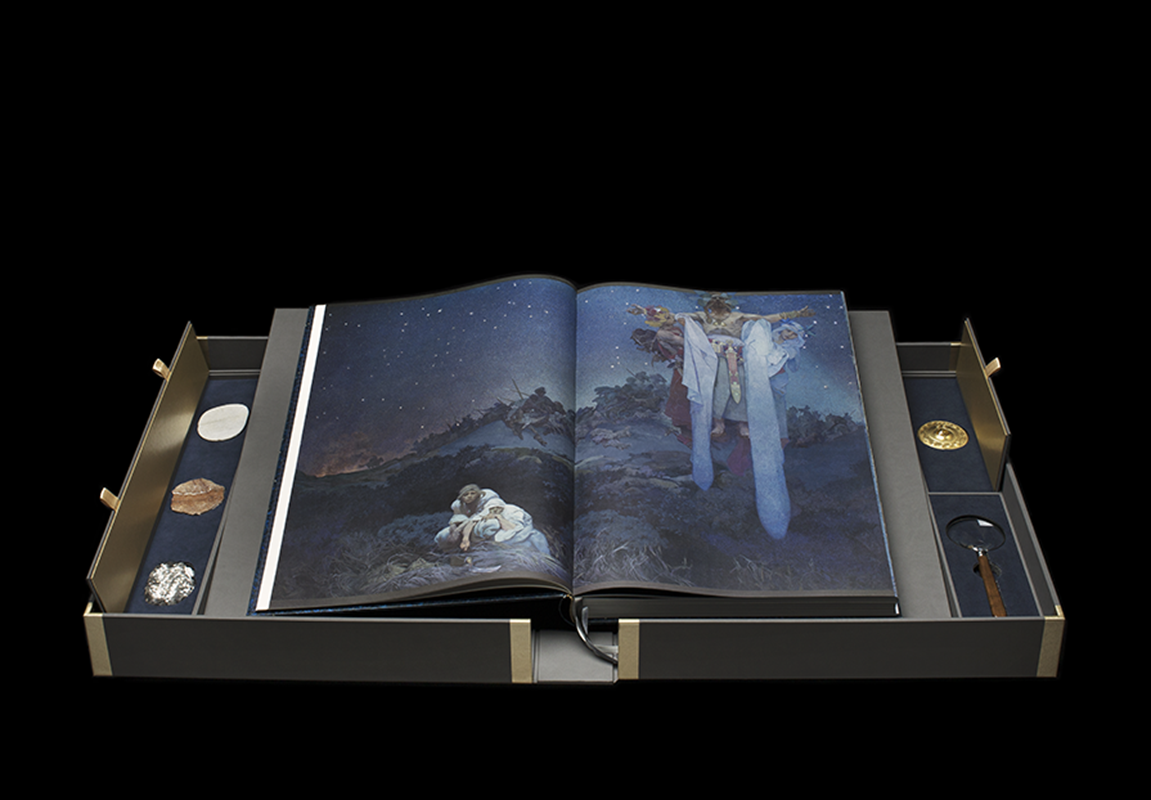 The idea of Albatros Media to publish a unique book, and the wish of photographer Jan William Drnek to document a great Czech masterpiece, met at the right moment - in the autumn of 2016. Consequently, they established a plan to publish a one-of-a-kind book about The Slav Epic.

Panoramic photography of all twenty paintings of The Slav Epic took place during the night, while on exhibition in the Trade Fair Palace in Prague, in December 2016. The publisher now presents the results of the shoot in a book, showing Mucha’s extraordinary work up close.

“We imagined a luxury book that could be turned into a piece of art,” says Petr Baláš, director of Albatros Media publishing house. Tens of thousands of detailed high-resolution photographs were shot in preparation for the publication, which will forever capture the current state and form of the work.”Even the creator himself couldn’t see such detail,” adds Drnek. 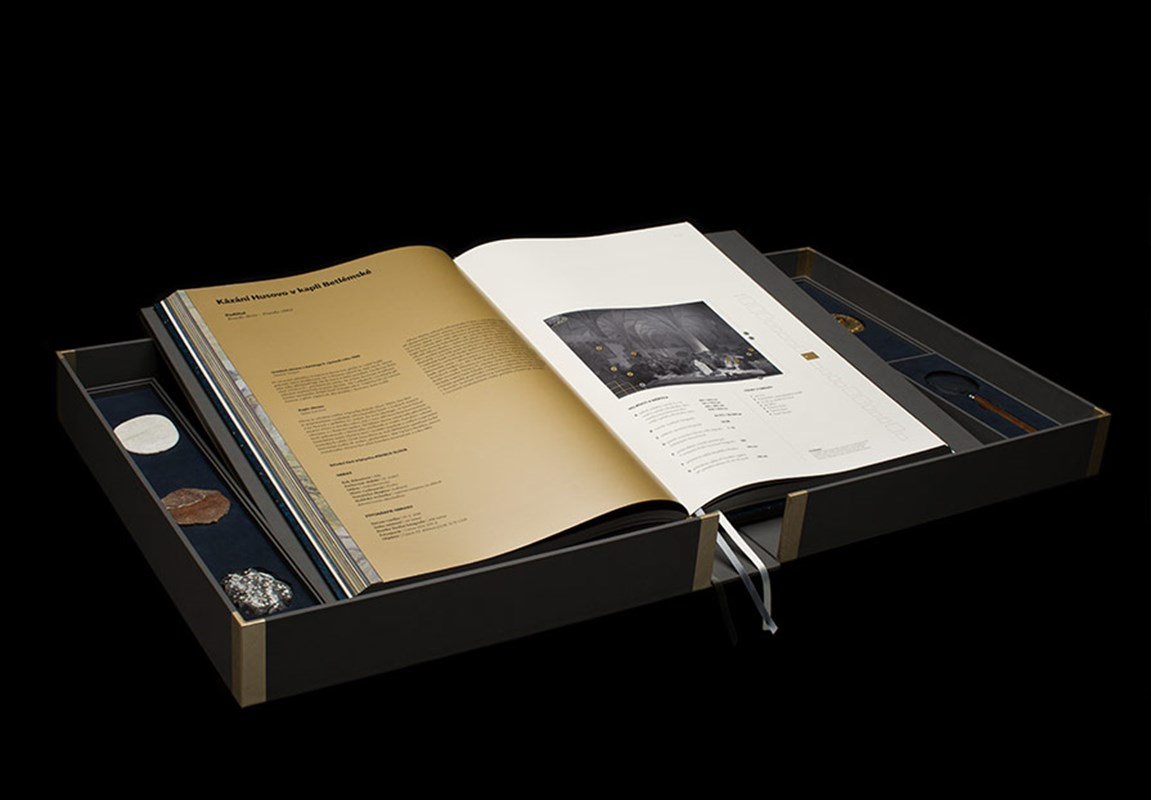 The book shows a compilation of excellent images, a truly unique publication with only two hundred copies, in Czech and English versions. The luxurious large-format book consists of detailed photographs of The Slav Epic, shot by Drnek, using some of the best photographic technology, accompanied by texts contributed by leading historians, curators and philosophers. The hand-bound book, housed in its refined case, is accompanied by a certificate of authenticity, a magnifying glass and a silver jewel. The work and its components weigh a total of 12 kilos.

The book is divided into twenty chapters; each devoted to its corresponding painting, supplemented by a description and image of the canvas. A selection of compositions follow each image. The book measures 810 by 610 millimetres, exactly one tenth of the size of the original canvases.

In addition to the magnifying glass, the book also contains symbolic stones linked to the locations depicted in Mucha’s paintings, such as the Baltic island of Rugen (Rujana) and the Greek Mount Athos. The piece of jewellery is also symbolic; its design, the creation of artist Jarmila Mucha Plocková, the painter’s granddaughter. It is made of gilded silver with a sunstone of amber to the centre; a stone popular amongst the ancient Slavs. 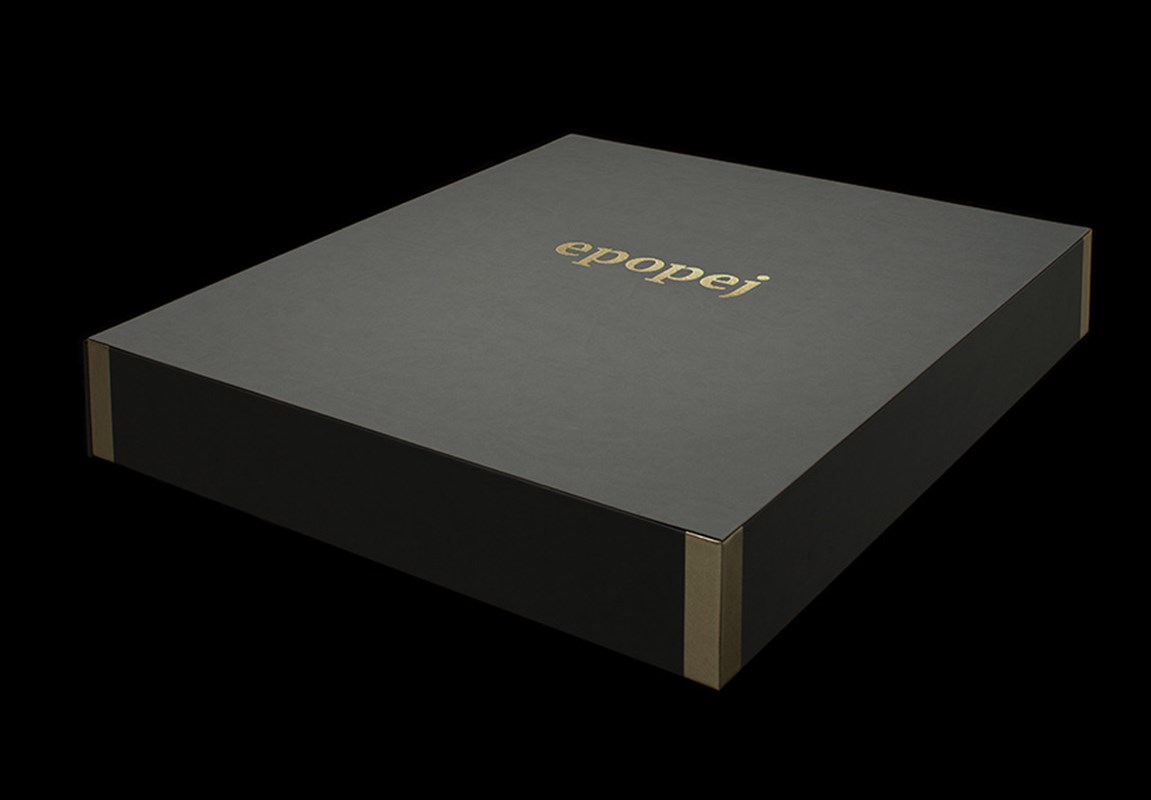 However, the work is not only a luxury collector’s piece or exciting investment opportunity. The digitisation of Mucha’s work is, according to the director of the Prague City Gallery, Magdalena Juříková, also of artistic significance. “It’s of significant importance to restorers. It’s possible to recognise old retouching in the pictures and fix them accordingly,” explains the curator who manages Mucha’s paintings.

The patron of the book is that of Jarmila Mucha Plocková. She promises herself that she can change people’s views of her grandfather’s famous work. “People often speak mistruths of The Epic. Due to ignorance. I believe that (the publication) will help to change this,” hopes Mucha Plocková.

The production is strictly limited. “We believe there will be 200 benefactors, fans of The Epic who want to have it at home,” Drnek adds. The price also corresponds to the quality of the publication. Depending on the serial number, the book will cost between 280,000 and 360,000 crowns. Number one is already reserved by the author.

The book and its components were all hand made; printed, bound and manufactured in the Czech Republic. The magnifying glass is the only exception to this, having come from Japan.